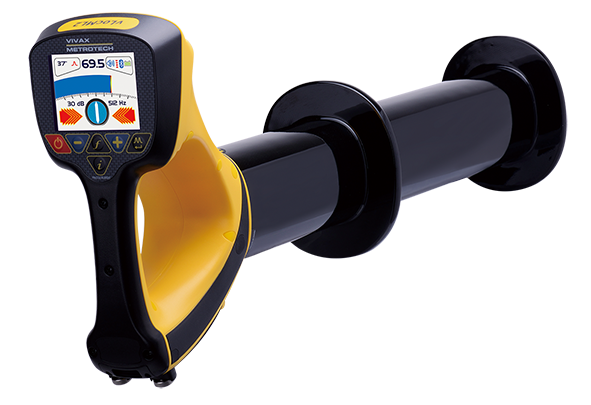 The vLocML2+ Receiver is an extended version of the popular vLocPro2 with the addition of the ability to locate buried electronic markers. The vLocML2+ comes with passive modes of Power and Radio, a range of preloaded active frequencies from 50Hz to 200kHz, Sonde Mode, SD (Signal Direction) mode and Electronic Marker modes.  The vLocML2+ has an internal memory to store over 1000 records of data.

The vLocML2+ Receivers accessory socket can enhance the locating experience with accessories such as the A-frame Fault Locator to pinpoint faults and cable cuts and the Remote Antenna to act as a stethoscope to positively identify a cable when in a tray.

A wide range of transmitters are available for use with the vLocML2 receiver.

The Loc-1Tx, Loc-5STx / Loc-5DTx, Loc-10Tx have internal batteries. See the relevant transmitter data sheets for a full details of features and performance.